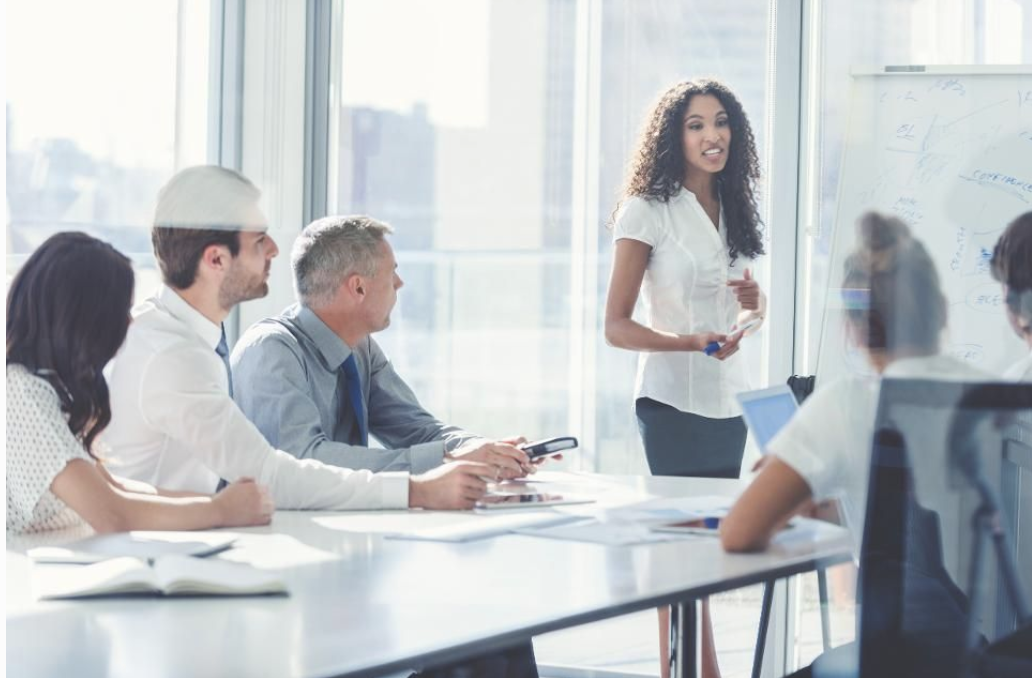 There are many ways to define that certain something, that charisma that is one of the hallmarks of great leaders throughout time. Some people seem to have been born mastering the keys of this set of skills, and other people seem to find it all but elusive, but with enough effort, anyone can refine these characteristics and inspire others to do the same.

In the early 2000s, I was working with a large, successful insurance company with a rock-solid C-suite. They had executive presence to spare. The CEO could walk into any corporate office across the United States and have an intelligent, optimistic, uplifting business conversation with anyone from the office VP to the mailroom clerk. Add to that the fact that he could somehow remember the first names of thousands of employees in the company, and you can begin to appreciate the magnetism he possessed.

The CEO intuitively understood what the Center for Talent Innovation found out after a research study (registration required) on the key pillars of executive presence. The participants involved in the study determined these three qualities in this order of importance were imperative:

• Communication — The ability to command a room, read an audience and having great speaking skills

You may define these skills differently, but if you look carefully, you’ll notice that most of your word choices for executive presence talents will actually fit in one of these three broad categories.

For example, in his book Executive Presence: The Art of Commanding Respect Like a CEO, author Harrison Monarth describes an important trait that could fit under gravitas or communication: first impressions. “The first tool for making a powerful first impression and forging an emotional connection is warmth. Warmth fosters trust and puts people in the receptive frame of mind known to psychologists as an approach state as opposed to an avoid state.”

The trait of enthusiasm could also easily fit under the same two categories: gravitas and communications. In her book Presence: Bringing Your Boldest Self to Your Biggest Challenges, Amy Cuddy explains why this trait is imperative, especially in business situations: “There’s another reason we tend to put our faith in people who project passion, confidence, and enthusiasm: these traits can’t easily be faked.” She continues, “When we try to fake confidence or enthusiasm, other people can tell something is off, even if they can’t precisely articulate what that thing is.”

If you’re not talented at projecting warmth or enthusiasm, at the very least, you’re going to need the skill of “reading the air.” In Bryan Lufkin’s article “How ‘Reading the Air’ Keeps Japan Running,” he points out, “Knowing the unspoken rules governing social life requires comprehensive understanding of your environment, whatever the setting. It’s a skill that’s valuable anywhere in the world — but in Japan, where communication tends to be indirect, it is elevated to another level. Reading the air — kuuki o yomu in Japanese — is a constant exercise, and misreading the air can blow business deals or ruin relationships.” Unfortunately, some people lack most of the skills required of executive presence.

Back to our CEO of the successful national insurance company. I can honestly report he had all of these executive presence qualities (gravitas, communication, appearance) and more. He was warm, relatable and not at all stuffy or superior. This charming executive decided after dedicating decades to this company it was time to retire and spend some time with his many grandchildren in his later years. Everyone was thrilled for him, especially because he had stayed long after he had planned to retire due to having no suitable successors for his position.

After being persuaded by his family that it was no longer his duty to wait until the perfect replacement came along, he finally retired. Fortunately for him, he lived happily ever after. The company did not.

The replacement chosen for the CEO’s position was a senior executive who was excellent and most comfortable with numbers and spreadsheets. He was about as far from a people person as one could get.

On semiannual visits to the regional offices, he scheduled office-wide meetings (which shut down that building’s entire operations for two to three hours at a time and completely disrupted all time-sensitive and customer-sensitive procedures for nearly half a day). He spoke in a monotone, pointed at indecipherable charts and graphs and would not answer any questions from the audience. He would then promptly hop on a plane to inflict his “company update” on another office.

I’d hoped the situation would resolve itself, but it did not. I had to disengage myself from the contract after realizing this executive consistently refused to make any changes no matter the inevitable outcome. Another year and a half after that, the company shut down. The stock was nearly worthless.

The moral of the story is, if your desire is to polish your executive presence, it requires patience, practice and the willingness to change for the better. It sounds challenging because it is. If everyone could display these talents without any effort, we’d all be up to our necks in competent C-suite executives. Until that day comes, know that your sincere efforts at perfecting these skills will not go unrewarded.