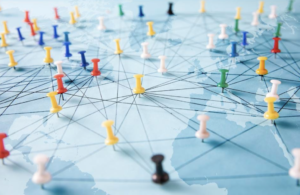 If you’ve suffered through stress and sleepless nights trying to wrangle your team together in the United States, you’re not alone. It can be challenging!

At one point in my career, I was tasked with managing 14 employees in eight locations across the United States. I found myself in a difficult situation. Leadership from the East Coast thought that leadership from the West Coast were lazy and irresponsible because they dared to arrive “late” at their office at 8 a.m. They refused to budge on the issue. (Even though the sun, as is well documented, travels from east to west.) The West Coast office was annoyed at the East Coast office for their “time superiority,” and invited the East Coast employees to show up for conference calls at 8 p.m. their time (5 p.m. West Coast time) to illustrate why the West Coast office employees felt like they were being persecuted when they were asked to log into a conference call at 5 a.m.

Eventually, a compromise was made that grouped the majority of weekly conference calls during times when both East and West Coast colleagues were in the office. It sounds like a small thing, but everyone ended up “winning.” This is just a minor example of culture clashes, and similar corporate culture differences pop up for companies across the globe. If no compromise can be negotiated, the collaboration is doomed to failure. If we can’t bridge the gap between the cultures of the two coasts of the United States, how can we possibly bridge the gap between the cultures of multiple countries?

In his article for Ivey Business Journal, Jeswald W. Salacuse sums it up fairly succinctly. “In this international, global business model, it is imperative that we take the cultural norms of our coworkers into consideration to provide effective management.”

There are different systems to consider when dealing with international companies. As a leader, it becomes your focus to understand and deal effectively with all of them. Here are some important questions to answer when engaging in business deals with people from different countries or cultures:

• What is the political climate and the expectations of the business unification?

• What are the economic implications of any merger? How will it impact their business model?

• Are the values of the country based on kinship?

• Are the values of the country’s business religiously based? If so, how does that potentially impact your company?

Have you spent the time educating yourself on the core values of the culture you’re initiating a business relationship with? It’s important to understand that the answers to the above questions are different depending on each individual culture.

Authors Neil R. Abramson and Robert T. Moran offer this insight on global management: “Prior to entering a new market, forming a partnership, or buying a company, organizations spend time and money on ‘due diligence.’ What is forgotten or minimized in both business and politics is ‘cultural due diligence.’”

They also remind us that, “culture gives people a sense of who they are, of belonging, of how they should behave, and of what they should be doing. Culture impacts behavior, morale and productivity at work, and includes values and patterns that influence company attitudes and actions.”

If you and your management team wish to be successful in a trans-global enterprise, you’re going to have to spend time researching the culture you’re attempting to merge with. You will have to decide what’s most important for you and for your company. Different cultures have different ideas of what constitutes a win — it’s not helpful if your team declares a win by solely American standards. In a global company, if colleagues from each country get the feeling of success from their participation, it will be a more cohesive unit, and a more productive one at that.

The best option is to educate yourself regarding the culture and the business norm in everyday situations. Below are some questions you should ask yourself.

• Does the culture you’re engaging with have a formal stance or informal stance regarding time, corporate hierarchy, reward systems and motivational strategies?

• Is the culture you’re working with direct or indirect? The communication style can be quite different from your own. Educate yourself and adapt your style to be the most effective in the negotiation.

In an article published by the Wharton School of Business at the University of Pennsylvania called “How Cultural Factors Affect Leadership,” it’s stated that, “The most successful businesses will be those that not only understand the nuances that exist among different cultures, but train their executives to lead in ways that demonstrate an understanding of and appreciation for distinct cultures. The global executive’s leadership style will need to be protean, changing from situation to situation. Sensitivity to the unique culture within which the executive works may well be the most important leadership attribute in the global economy.”

Spend some time researching the cultures of the countries you’ll be dealing with, meeting with and negotiating with. It will be time well spent.