Creating An Ethical Workplace May Not Be Easy, But Is It Critical? Yes, It Is

Creating An Ethical Workplace May Not Be Easy, But Is It Critical? Yes, It Is 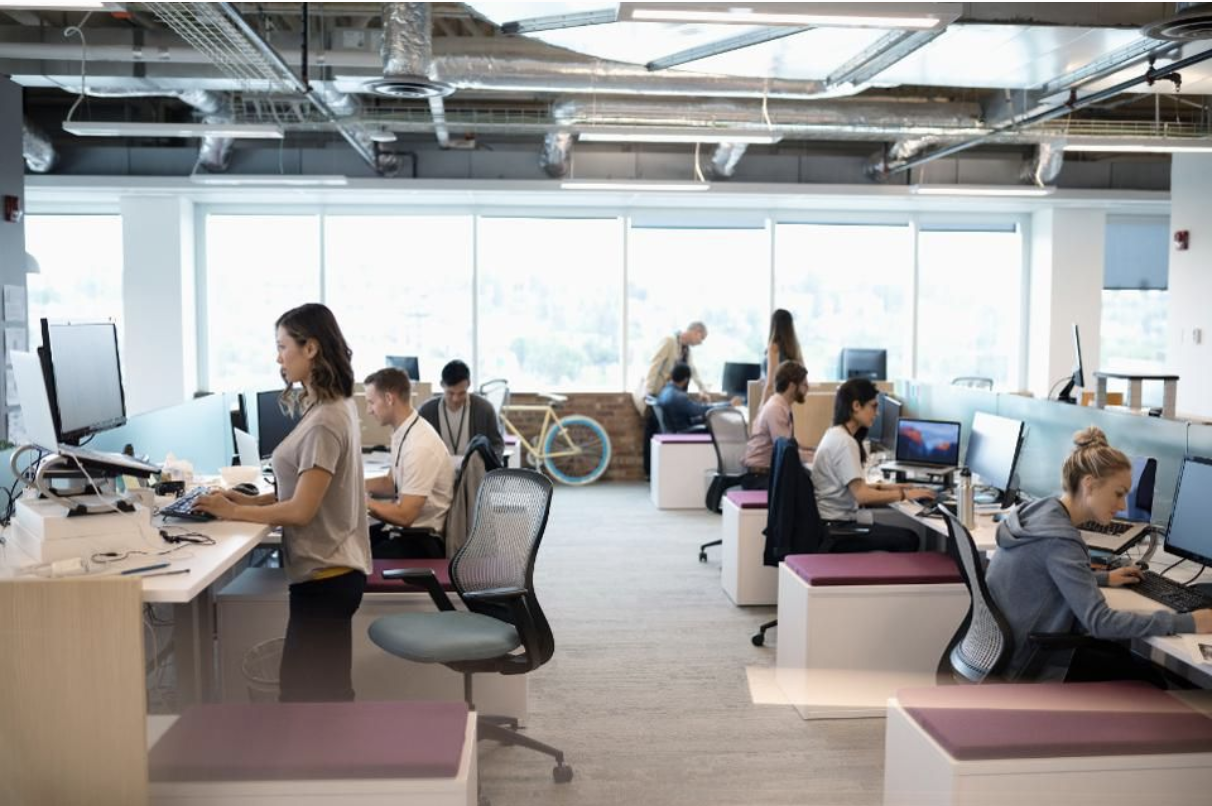 In today’s difficult business environment, it can be easy to overlook ethical dilemmas in the workplace out of sheer exasperation. But when a company makes the effort to treat employees in a fair and consistent manner, it can reap the benefits of having employees who internalize the company’s high ethical values as their own.

What would your employees do if they thought no one was watching? We’d like to believe that they would behave honestly, ethically and with the best interests of the company at heart. Unfortunately, human nature being what it is, there’s always a chance that, when you’re not paying attention, a (hopefully) small percentage of people will try to get away with something on the company’s dime.

It may be something relatively benign, like adding an extra few minutes to their lunch break here and there, or it may be something much more serious, such as someone in accounting padding vendor checks to get kickbacks.

There are many shades of gray, and there may be an entire spectrum of unethical behaviors plaguing your workplace.

You may have a manager who is pushing salespeople to peddle a shoddy product instead of reporting the known product faults to engineering. She might think she’s doing you a favor by getting rid of the merchandise languishing in the warehouse, or she might have her eye on a fat bonus check at the end of the quarter. Either way, her behavior can be defined as unethical.

Perhaps there’s a supervisor promising overtime to the loading dock employees just to get the job done, knowing full well that the overtime will not be paid. When a dock employee finds her week’s paycheck is short, she might start intentionally damaging shipments to retaliate. It’s easy for company morale and ethical behavior to tank faster than you’d think. It rarely stays static — it’s likely to fluctuate — or even snowball.

In an article for Harvard Business School Working Knowledge, Carmen Nobel wrote about the telephone conversations professor Eugene Soltes had with Bernie Madoff (who was serving a prison sentence for his giant Ponzi scheme). One of Madoff’s quotes reads, “It wasn’t like I was being blackmailed into doing something, or that I was afraid of getting caught doing it … I, sort of, you know, I sort of rationalized that what I was doing was OK, that it wasn’t going to hurt anybody.”

Without ethical behavior, it’s much too easy for the slide down the slippery slope to begin.

To encourage ethical behavior in the workplace, it’s important to create a tangible definition of what ethical behavior is and what it is not. With mergers, transfers and new hires, there is no way to know what prior standard of ethical behavior was expected. Give some time and thought into how the company values are communicated to each and every employee.

The Ethics & Compliance Initiative’s 2018 report, “Building Companies Where Values and Ethical Conduct Matter,” found that “Employees who agree that their managers and supervisors talk about the importance of ethics are almost 12 times more likely to believe that their organization encourages them to speak up.”

No matter how honest you believe your staff to be, there is always the chance that someone will be tempted to push the limits of ethical behavior. However, when you embed a check-and-balance arrangement into critical procedures, the odds of anyone doing so diminish.

If an employee does manage to break your trust by acting unethically after being informed of the company’s code of behavior, carry through with the consequences. If Sally pads her expense report and nothing happens to her as a result, the message sent to her colleagues is that it’s OK to lie about the cost of their mileage, too. If instead, Sally is reprimanded for such an action, employees will know that your company is serious about upholding its ethical commitments.

Don’t forget to show appreciation for those who exemplify the values your company strives to live by. Recognition of these individuals reinforces to the group at large your commitment to ethical behavior.

One of the best ways to discourage unethical behavior is to lead by example. If the management team displays model behavior, the rest of the staff can readily see what is expected of them.

Ensure there is a written code of conduct for all employees that everyone, from the top down, is aware of. Have a company mission statement that specifically mentions the priority placed on ethical behavior and living the stated values.

It’s easy to simply hire the candidate that best matches the tangible qualifications for the job. He has a related degree, years of experience and has worked with the department’s software. But, what are the candidate’s values? Is he honest? Is he fair with customers and co-workers? Can he readily own up to his own errors? I believe it’s important, now more than ever, to hire with an eye towards applicants who show ethical tendencies.

Ethics training can be a valuable addition to the orientation presentation. In this forum, proper attention can be given to the company’s stance on nondisclosure of proprietary information, the posting of negative comments on social media and even on the particulars of the sexual harassment and interdepartmental dating policies.

The bottom line is that unethical behavior can and will eventually undo any company or any individual. It’s worth the time and effort to create an ethical workplace for everyone.